I feel like we need a regular column dedicated to the random schemes being chucked out there by Elon and his Twitter takeover team, and their subsequent impacts, because there are so many facets and elements that are not whole posts within themselves, but are fascinating as side notes to the broader chaos that Elon’s invoking at Twitter HQ.

At the same time, a lot of this is just talk. Musk bought Twitter for $44 billion, so of course, he can do whatever he wants, and a lot of these early notes and rumors are just that, random ideas that Elon and his pals are throwing around to see if anything comes of them.

Maybe they’re relevant, or maybe we never hear anything about them again – but the fact that some of these are even a question is so interesting for those of us who observe social media trends all the time, because we know what’ll likely come of each scenario, and why they haven’t been actioned at other apps.

So what are the latest tidbits from the Chief Twit and his brains trust? Here’s a quick overview of some of the things that have shaken out from the latest internal meetings, which could point to coming changes at the app.

Elon says that Twitter usage is at all-time highs since he took over.

It’s not exact, but it gives us some idea of ​​how DAU and MAU numbers relate, in general.

Twitter’s monetizable daily active user count as of Q2, the last time it reported these figures, was 238 million, which, if you add 44%, would be above 340 million MAU, besting its ormer 336 million benchmark. And when you add in the mass coverage of Elon’s takeover, the US midterms, ‘free speech’-ers coming back, etc., it seems entirely feasible that Twitter usage may well be hitting record highs, as Elon notes. 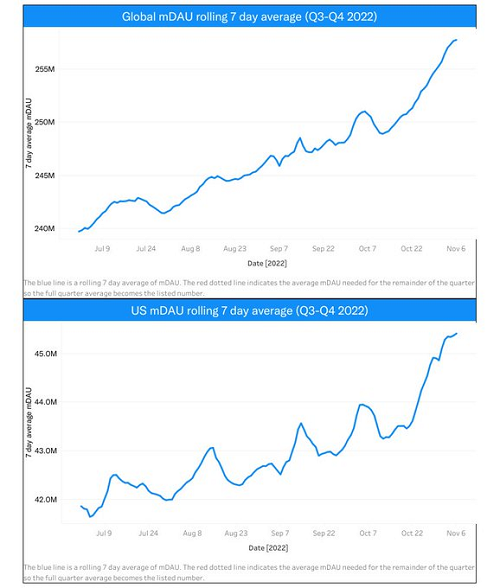 Whether that holds is another thing, but according to Elon at least, people aren’t turning away from the app, and heading to Mastodon in droves. At least, not yet.

As an aside, Mastodon downloads were up 1,847% last week.

Based on its most recent revenue per user data, Twitter could actually lose money via its $8 Twitter Blue verification package.

The math here complicates things – based on internal data, Twitter currently generates around $12 per US user, which relates primarily to the amount of ads that each person is shown in the app. But that would be reduced to $6 per user under Elon’s new Twitter Blue planwhich, along with verification, will also include ‘half as many ads‘, according to Musk.

Apparently, he didn’t run that element past Twitter’s accountants (if they still have them), because when you also factor in App and Play store charges (33% of subscription intake), Twitter would actually only be bringing in $5.36 per paying user under the scheme. And if you then half the amount of ads that they’re seeing, that ends up at a net loss of .44 per Twitter Blue subscriber – and the more people that sign up, the worse Twitter’s overall ARPU figures get.

Look, it’s a lot of math, and there’s a threshold of subscriptions where this evens out and makes financial sense, while also reducing Twitter’s reliance on ads.

But that, also, is another concern…

According to internal insight, the current version of Twitter Blue only has around 100,000 active subscribers.

Even the addition of tweet editing hasn’t boosted sign-ups – and with this is mind, it’s hard to imagine that many more people are going to sign-up to this new iteration of the scheme, which offers a graphic of a blue tick next to your name, but not much else.

Of course, that may be underrating Elon’s passionate supporter base, who continue to defend him with the vigor of a protective big brother any time you dare to question his genius.

Maybe that will spark a bigger take-up of Twitter’s subscription offering, but the numbers don’t seem to suggest that there are a lot of users that are keen to pay to use the app that they can also use for free.

For now at least.

Elon’s grand plan is to force people to pay to use the app by burying tweets from non verified users, and maybe, eventually, paywall the app entirely.

Musk said this himself at last week’s Baron’s conference for rich folk.

“The net effect will be that, over time, the verified users will pretty much always be at the top of comments and search and you won’t really see… you’ll have to scroll really far to see unverified users.”

Which seems like a class system in itself, especially in developing markets – people who can afford it, can engage, while poor people are essentially treated the same as spam and bots, effectively criminals in the app.

But philosophical concerns aside, Musk’s plan could actually extend even further than that, with the Musk transition team also discussing a proposal to put all tweets behind a paywallwith people able to use the app for a certain amount each month, before they have to pay.

Again, the logic here seems flawed – and as noted by SignalFire’s Josh Constineother platforms have considered the pay-to-play model before, but it falls apart because it de-values ​​your ad product.

But Elon’s determined to reduce the company’s reliance on ad bucks, and while it seems unlikely that the majority of users will ever pay, the proposals point to the longer-term thinking around monetization of the app.

The new Twitter Blue will indeed not include any form of ID verification.

This was rumored and has now been confirmed by Twitter’s head of integrity Yoel Rothwho says that they might add in verification at some stage.

Verification without any form of actual ID checking seems like not verification at all, but Twitter’s calling this ‘payment verification’, which it believes will ruin the party for bots and scammers by making it too costly to risk their spam activity.

It’ll also, eventually, highlight all the bot accounts, because when every real human user pays up, it’ll be really obvious that those that haven’t paid are bots and spammers.

Of course, that hinges on the fact that every human user is going to pay $8 for a blue checkmark, which, again, history suggests won’t happen. But that’s the theory – which then leads into…

Elon wants to make Twitter ‘the most accurate source of information about the world’, in line with what the user community view as facts, not anyone else.

His plan to do this is to use Twitter’s Birdwatch notes – which have been renamed ‘Community Notes‘ – to add a level of verification and general accountability from other users.

The general concept seems to be like a more convoluted version of Reddit’s up and down votes, where users add context to disputed facts, and that then enables a sort of audience moderation of what’s true and what isn’t.

Which, clearly, Elon thinks will be more trustworthy than the mainstream press, whom he sees as agents of disinformation (or ‘the big lie‘ as Elon recently leveled at one journalist).

I don’t know, a lot of these plans hinge on mass take-up, which again, history shows us isn’t really what’s likely to happen. But the man spent $44 billion. If he wants to ride with optimism till that doesn’t ‘t work, that’s his prerogative.

Elon also wants to enable monetization, of everything, with creators to get a better than 55-44 split (which YouTube currently offers).

Creator monetization can certainly prompt more users to post more often, so it makes sense for Twitter to explore this, and it’ll be interesting to see how it plans to facilitate new forms of revenue generation.

Maybe. That’s what it seems in the most recent notes on the changes.

These are just some of the many storylines swirling around the Musk takeover of Twitter at present – ​​and again, a lot of these are just idea, just proposals that have been raised as a topic of discussion, which, as the incoming CEO, you would push around just to see what sort of angles could be possible on each.

But a lot of them are then making it to the press – either via internal leaks or from Elon and his transition team themselves. In this sense, the only real flaw is that Elon’s propensity to tweet his every thought leads to mass speculation. But then again, when you look at those Twitter usage charts, with the app at record highs, maybe all that speculation isn’t actually a bad thing for the app.

But in essence, we don’t know what’s going to happen, and neither does Elon or anyone else on his team as yet. We can provide an educated guess, based on past experience, but no one can definitively say that this or that will /won’t work.

Maybe something comes of it, maybe not – and I do personally suspect that Twitter is going to luck much like it does right now in a year’s time, after various trials of different things.

But it also needs to make a lot more money, and within that, Elon and his team need to throw around radical new ideas, to see what might stick.

In other words, expect more head-scratching proposals, which may or may not mean anything.

Oh, also, former Twitter employees are sharing their horror stories about how they were asked to do things like monetize everybody’s data, if you want to get an idea of ​​what could happen if the app gets really desperate for cash. 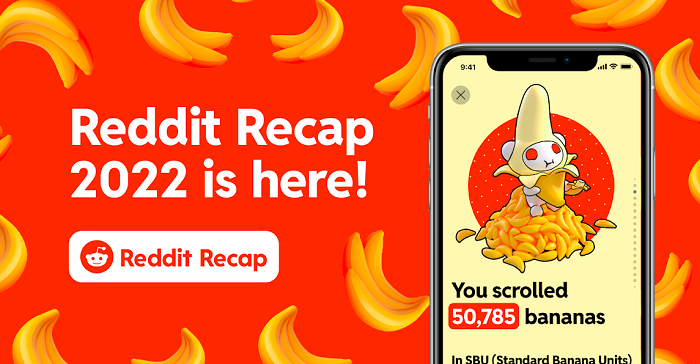