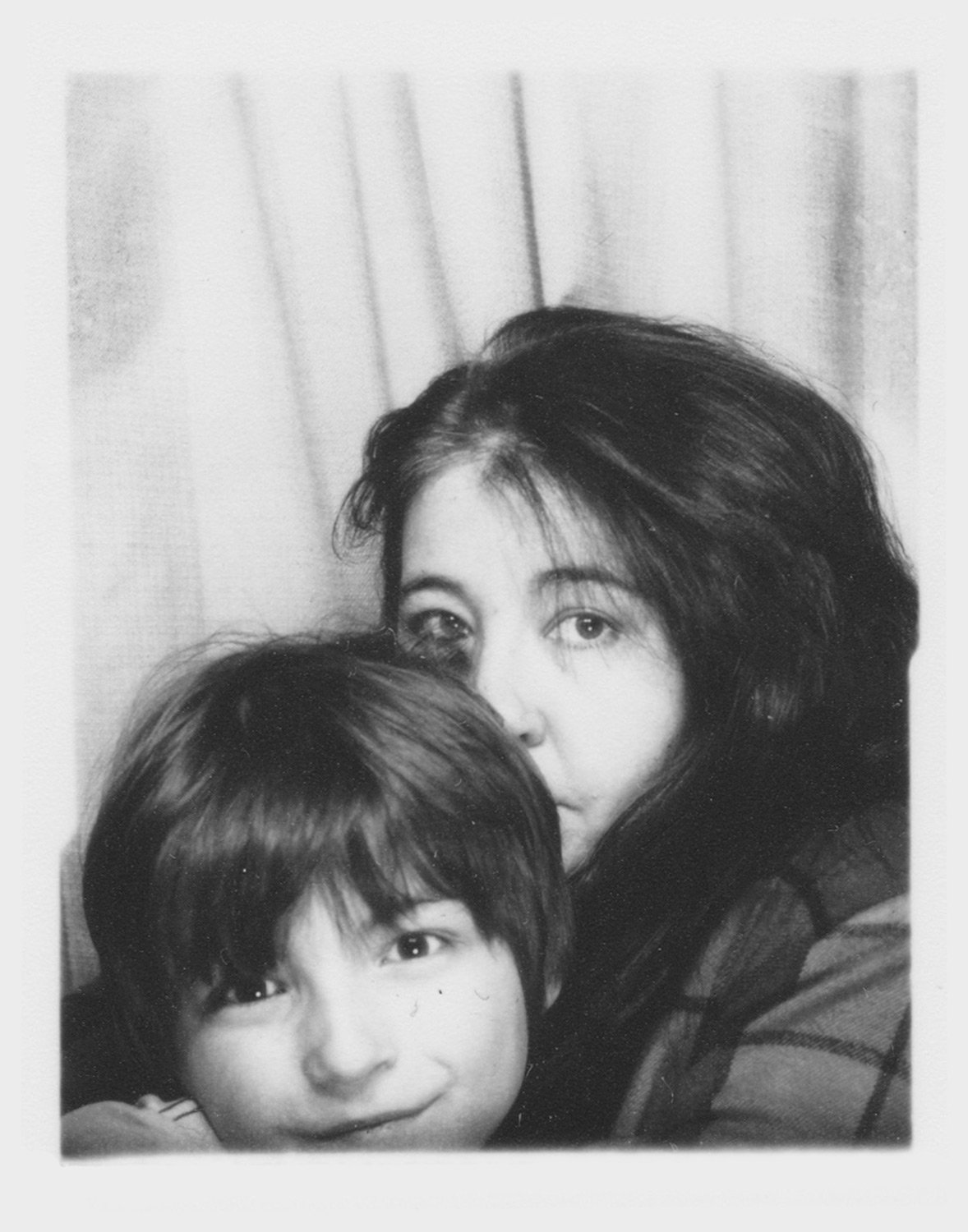 In Easy Beauty: A MemoirChloé Cooper Jones writes about what happened a few months into her relationship with Andrew, who is now her husband. One day, she threw up in his car — and then proceeded to throw up every morning for the next three months. She missed her period, and she gained weight, which she “blamed on Andrew, who kept bringing over Neapolitan ice cream bars, my favorite, and leaving them in my freezer.” She was sick and constantly tired.

But these hallmarks of pregnancy went unnoticed, as Chloé was born with sacral agenesis, a rare congenital condition that impacts her gait and stature, causing chronic pain. She’d never had a regular period and she was often tired; plus, she’d been told from a very young age that she wouldn’t be able to get pregnant. But the pregnancy test she eventually took was positive.

I felt so lucky to have the chance to talk to Chloé, a Pulitzer Prize finalist, writer, and philosophy professor, about her stunning new book, disability, and how motherhood changed her…

What was it like to find out you were pregnant?
I’d been told my whole life, from a very young age, that I couldn’t get pregnant. Because my mother and I didn’t know better, we didn’t question it. I’ve since learned that it’s very common for disabled women to be told it’s unlikely they’ll be able to get pregnant, without much medical reasoning to back up that statement. My first feeling upon finding out I was pregnant was a certainty that my future was over. I had a moment where I saw this path lined with lights and all the lights were going out. That turned out to not be true at all, but the fear of it was real.

How did the responses to your pregnancy impact you?
My OB questioned the ethics of my pregnancy. He thought that it was highly likely that I would never walk again and that my hips would separate. He thought that my son might be permanently disabled because my body wouldn’t provide the right growing environment. What’s so interesting is that those fears were always so vague. I wasn’t told my womb has this many centimeters. There was none of that. It was just like, the worst is going to happen because your body is not normal enough to do this. So, there was constant anxiety.

The stares of strangers intensified; people’s disgust was amplified. The thought of the disabled body procreating has historically been horrifying to people. That’s the basis of eugenics. Being pregnant, I was tapping into this long-standing fear that led to the medical community ( and also politicians) making it so that women who looked like me could not be mothers. One of the hardest things for me was that I couldn’t find any narratives that were positive. There were no books about the beauty and glory of being a disabled mother. There was no narrative that said, ‘You might be okay. You might be really happy and your kid might be great.’

One of my favorite moments in the book is about how you handled your son’s worst accident. He fell when he was three and got cut by a piece of metal sticking out of a fence. He was bleeding and inconsolable. It turns out the cut wasn’t ‘t too bad, but it was a real gusher. Then you write, ‘I got an idea… I walked him over to the closet… I said, OK, Wolfgang, take a lookand he opened his eyes and he was standing in front of our full-length mirror and I said, This is what happened to you, this is what it looks likeand he leaned in and touched his face, which was smeared pink with blood and snot and tears, and he looked at the blood dripping from his wound, and he touched his bloody shirt, and then he said, This is so cooooool.’ There’s an understandable instinct to hide hard things from kids, but here it turned out the opposite was true. How has becoming a parent changed how you interact?
He has a scar from that, so I think about it every day when I look at him. It was this moment of figuring out what it means to just look at the truth of the situation and the pain that we’re in. I went into parenthood much like I would a dissertation project — thinking that I could just put my best foot forward when it mattered and then I could be my real self when no one was looking. But kids are so smart. They absorb behavior and mimic us.

There were things my son was doing that I knew he was getting from me. He had an innate distrust of strangers. In preschool, his teachers said he was always kind of in the margins. I didn’t want him to see strangers as opportunities for cruelty; I wanted him to feel united with his peers. But I couldn’t just tell him that, I had to model it. That shift in me — so that I modeled the kind of life that I thought was worthy of him — was the impetus of this book.

Wolfgang is now 10. What do you think he’s picked up from having a parent with a disability who deals with chronic pain?
Such a huge part of his personality is shaped by that. He’s a deeply empathetic person, and he has an instinct for caretaking. He’s a full member of our family, so he has to do a lot of things to help me. He also sees his father, who is very attuned to how I’m feeling or what physical support I might need. It’s tricky because I can’t hide my pain from Wolfgang. He is tremendously good at reading people, but I don’t want him to carry all this concern about me or others. Empathy, of course, is the greatest, most powerful tool, but taken too far, it involves carrying the weight of other people’s emotions with you in a way that can be detrimental. We’re always trying to help him find the right side of that threshold.

You document your personal journey and travel in Easy Beauty. Later on, you tell your husband Andrew that he could have asked you to come home, and he says, ‘No, I can only try to be the person you want to come home to.’ That response stood out to me. I was like, Where’s Andrew’s relationship podcast? We need more Andrew!
Yeah, he’s just a genius. I mean, it has been the greatest thing of my life to be partnered with somebody like that. It doesn’t make sense to him that anybody would love someone and want to control them. That just doesn’ tcompute.

There were two short sentences in the book about walking up a steep driveway and feeling relief that no one else was there to watch. You write, ‘I’m not helpless, I’m struggling. People don’t always recognize the difference. ‘ That feels like a real distinction.
People have negative associations with hardship and difficulty. People want to protect themselves or others from that. And I do, too; as a parent, I want to protect my son. But I often find that when I’m having the hardest time is also when I’m doing the most important work. I’m putting myself into a situation that’s a little above my ability, and I’m feeling my agency and strength grow. So, when people try to protect me from that, I’ m like, please don’t.

I also liked the mix of reading about you as a parent and as a child to your own parents. When it comes to your dad, you write about your similarities, but then you add, ‘I have one tool he didn’t have: his example. His choices, and where they led him. I know my father’s fate.’ It’s powerful that even though he couldn’t be the greatest parent, his flawed example was a tool. How has he shaped the parent you are?
My father’s dad died a month before he was born. There were almost no men in his life and so he looked to these great men in literature. Typically in those narratives, men are leaving home and the family behind; they’re standing alone on a mountain top or in the desert. I want a lot of the same things: I want art and adventure. I want to speak every language and eat every food. But having his example of wanting it with no eye toward responsibility to other people had an impact. For me, the question has been whether it’s possible to have that ambition and adventure, but also be present and loyal to whomever you consider your family. Nothing demands you answer that question more than a child.

My son loves to tease me about how miserable I was when I found out I was pregnant. It seems like a weird thing for a parent and a child to talk about. But one thing he always points out is that he has as much of a travel bug as I do. He’ll say, ‘You didn’t know, but you were giving birth to your best travel buddy.’ It’s true. He’s gone on half this book tour with me. He loves airports; he loves hotels . It’s kind of a buzzer, because I look at my dad and I think I could have been that to him. He didn’t have a model for that, but my son will.

I find parenthood is often framed in a language of sacrifice. For women, especially, it’s like, ‘Give up on your dreams because you’re going to have to sacrifice all the things you want in order to be a parent!’ There is a lot of sacrifice in any kind of love, but there’s also this unbelievable possibility. 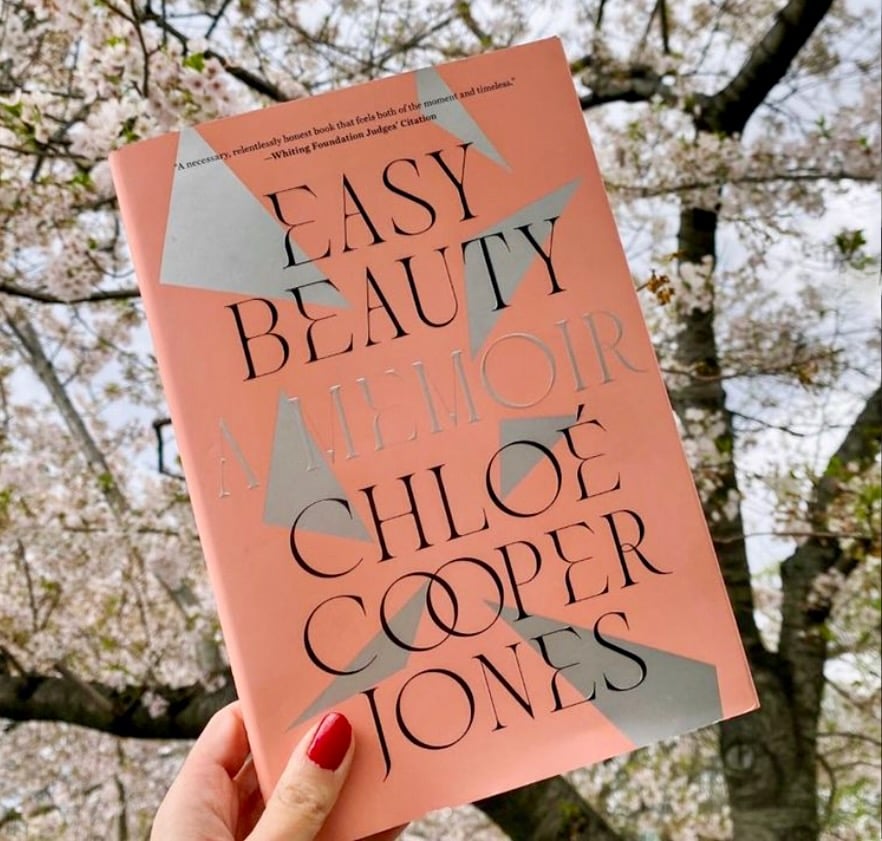 thank you so much, Chloé. We loved your book.

PS How to teach kids about disability, and parenting in a wheelchair.